Ratings From Our Experts

The overall rating is based on review by our experts

It is an entry-level phone from the company with MediaTek MT6580P SoC and 3050mAh battery. The phone is available on Gearbest at $135.92 with Black, Light Pink and Champagne Gold color option.

What is in the box?

It features a 5.7-inch display with 1440 x 720 pixels resolutions and 18:9 aspect ratio. The display looks more attractive from its round shape edges as in Xiaomi Redmi 6. The company has provided a much better display to screen ratio in this phone. There is a single camera sensor on the front side along with a proximity sensor and a front speaker. Rear side it has a camera sensor with fingerprint sensor just below it. It measures 15.18 x 7.28 x 0.77 cm and weighs 0.1480 kg.

To understand better about its display and design, we have added a video that describes its full design, you can check that video after Full Specifications area.

Design of the phone is much similar to Xiaomi Redmi 6 except its rear camera position. The company has already launched Symbol X with MediaTek MT6580 SoC and Notch display which costs $133 available on Gearbest.

It is powered by MediaTek MT6580P SoC clocked at 1.3GHz Quad-core processor. So in terms of performance, you will get basic speed experience on this phone. For storage, it has 2GB of RAM and 16GB internal storage which is expandable up to 128GB with the external MicroSD card.

2GB RAM is enough for some basic multitasking, you will face lag on some high memory apps and games. This is an entry-level phone with MediaTek MT6580 SoC, so we can not expect high performance on this phone. Meanwhile, at this price range, it may be a good deal, depends on your choice.

The phone sports single 8MP camera sensor on the rear side with LED flash and Autofocus. Front side it has the 5MP camera sensor with some basic selfie features. Talking more to its camera, an entry-level phone should come with at least a camera features that make sense when you click photos in low light condition. As per some user review on some e-commerce website, we came to know that, Hotwav M5 gives you great camera experience with its rear and front sensor.

The phone is fueled with 3050mAh battery which can last up to a full day even on heavy use. On the connectivity front, it offers 3G UMTS, USB 2.0, Wi-Fi, and 3.5mm audio jack.

Hotwav M5 is the best phone, with MediaTek MT6739 SoC and 2GB RAM, which will give you best performance in mid-range games, as well as some high range games. Design of the phone is really impressive with its full-view display and round shape corners. So we can say that under $100, this can be the best deal for you.

Realme C1 and Xiaomi Redmi 6A are the phones available under $100 with the dual rear camera and some of best features. 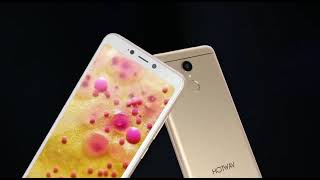